You name-check some of your most famous songs — “Like a Virgin,” “Justify My Love,” “Ray of Light,” to cite just a few — on Rebel Heart’s “Veni Vidi Vici,” and you reference “Vogue” on the song “Holy Water.” Why quote your own work?
I reference many things in pop culture, and I’ve written so many songs and had such a long career, that I end up referencing myself, too. If I can rip anybody off, I can rip me off.

A lot of the songs on Rebel Heart feel incredibly intimate — more intimate than the Madonna who usually comes off like a superhero.
As I say in the song “Joan of Arc,” “even hearts made of steel can break down.” Even people we look up to have their moments where they are fragile, vulnerable, scared, fearful, not sure, hurt. You can’t be a superhero unless you have the other side.

On the album, you use the word “bitch” a lot (“Bitch I’m Madonna,” “Unapologetic Bitch”), which some bloggers have suggested should be banned.
I think that’s bullshit. The word police can f— off. I don’t want to be policed! I’m not interested in political correctness. The word “bitch” means a lot of different things. Everything is about context. When I first moved to England and heard the word “c–t,” I was horrified. People were calling each other c–ts! And then I realized that, in that culture, it was different — they slapped each other on the back and said, “Who’s the c–t, right, you’re my best mate!” The word “f—” doesn’t just mean sexual intercourse. I mean, “You’re a stupid f—,” “Are you going to f— with me?” “F– off!” (Laughs.) Sex has nothing to do with any of those expressions, and the same goes for “bitch.” If I say to you, “I’m a badass bitch,” I’m owning myself, I’m saying, “I’m strong, I’m tough, and don’t mess with me.” If I say, “Why are you being such a bitch to me?,” well, that means something else.

But isn’t attention to language an important part of the new online discourse about race, gender and power?
OK, but that’s another story. Language, and the use of language, is different than one human physically abusing somebody or bullying somebody, or killing somebody because of the color of their skin or their sexual preference or their religious beliefs. I don’t think the two should get mixed up.

What’s your relationship with Catholicism at this point?
Catholicism feels like my alma mater. It’s the school I used to go to, and I can go back any time I want and take whatever I want from it because I suffered all the oppression, and all the abuse — and also enjoyed all the pomp and circumstance, the drama and the confusion and the hypocrisy and the craziness. I feel like I can say whatever I want and do whatever I want. I’ve been ex-communicated by the Catholic Church a few times. But I also feel like this new pope is kind of groovy, and I think we might be able to get together and have a chat about sex.

Have you read Fifty Shades of Grey?
Yes, I have. It’s pulp fiction. It’s not very sexy, maybe for someone who has never had sex before. I kept waiting for something exciting and crazy to happen in that red room thing, and I was like, “Hmm, a lot of spanking.” I also thought, “This is so unrealistic because no guy goes down on a girl that much.” I’m sorry, but no one eats p—- as much as the guy in that book.

Do you think your views on sex have changed during the last, say, 25 years?
Absolutely not. Nope. Sex is a wonderful, necessary part of life.

Are you serious?
Yup, it’s just like water. Water for chocolate. Holy water! Bless yourself, and genuflect.

(Billboard drinks.) Yuck. Are you in love now?
No.

Do you want to be in love again?
I do. I’m a hopeless romantic. I love being in love. I mean, I’m in love with my children, but that’s a different kind of love. It’s the love that never ends.

Which of your songs do your kids like?
Lola is obsessed with “Bitch I’m Madonna” — that’s her favorite. She and Rocco like the Diplo tracks. Rocco is a huge fan of ’90s rap, so he likes “Veni Vidi Vici,” because he loves Nas. David is a guitar player and a singer himself, so he likes the more acoustic-style songs. He’s a real romantic.

You invented this idea of revealing yourself fully to the audience at a time when critics sniffed, “Real artists don’t reveal themselves in that way.” Now it’s mandatory for artists to overshare.
You must have a reality show.

But do you think social media is a viable means of self-expression, or is it just marketing?
It’s both. You can take 1,000 selfies every time you have something to sell and use it as shameless self-promotion, or you can use it as an art form to express and share things that inspire you. I find it very revealing about people, what they choose to show about themselves.

What do you binge watch?
I watch Game of Thrones with my kids. That’s a good family bonding experience. My own personal obsession is True Detective, because Matthew McConaughey is so brilliant and the writing is genius. And an Irish series, The Fall. I mostly watch old movies, over and over again. All of Godard’s, and Visconti, Fellini, Pasolini. I love Alain Resnais.

Do you miss going to clubs and dancing?
I do go to clubs! I went to Ibiza with my daughter — it was like our last time together before she went off to college — and I was in several nightclubs with her, dancing, smashing into other people, everybody sweating all over me.

Do you think young women have it easier today?
Hmm … It depends on what you mean by “easier.” I guess it’s easier on the one hand because it’s no-holds-barred and you can do whatever you like. On the other hand, if you’re a pop star and want to get your records played and reach the masses, you have to play it very safe. You have to be very politically correct. There aren’t a lot of young pop stars who actually have opinions — or, they have them but they don’t express them. Individuality is not encouraged. Keeping your brand going and not rocking the boat — that’s what is encouraged.

What do you make of Miley Cyrus?
I like her. She seems like she doesn’t care what people think. People are always telling her she’s dirty or crazy or trashy, and she doesn’t care. I love that about her. In her peer group, she stands out.

When you look back on your career, what part do you think you played in changing taboos about growing up female in America?
I don’t think there was one part. I think it’s an ongoing activity in my life. I’m continuing to open doors for the women behind me. I don’t know many women who have had a successful career in pop music as long as I’ve had. And I waited until I was older to have children. I raised children and wasn’t married. And I continue to express myself — my sexuality — in my 50s, even though that’s also considered taboo, and I get a lot of shit for it. But in 20 years, Miley Cyrus probably won’t get shit for it. Then, it’ll be like, “Oh, yeah, that’s nothing new.” 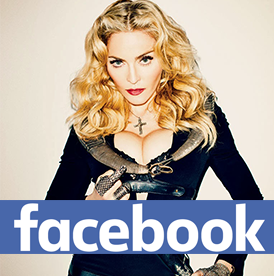 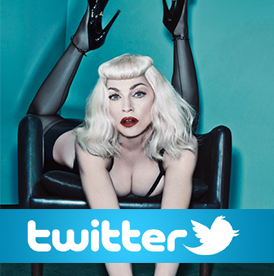 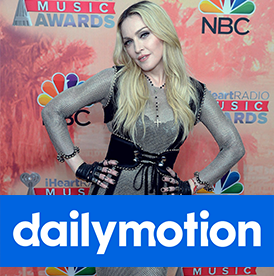 Live With Kelly and Ryan Madonna 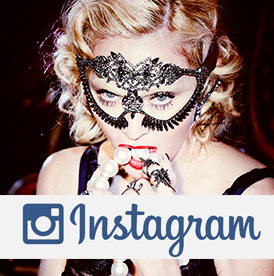